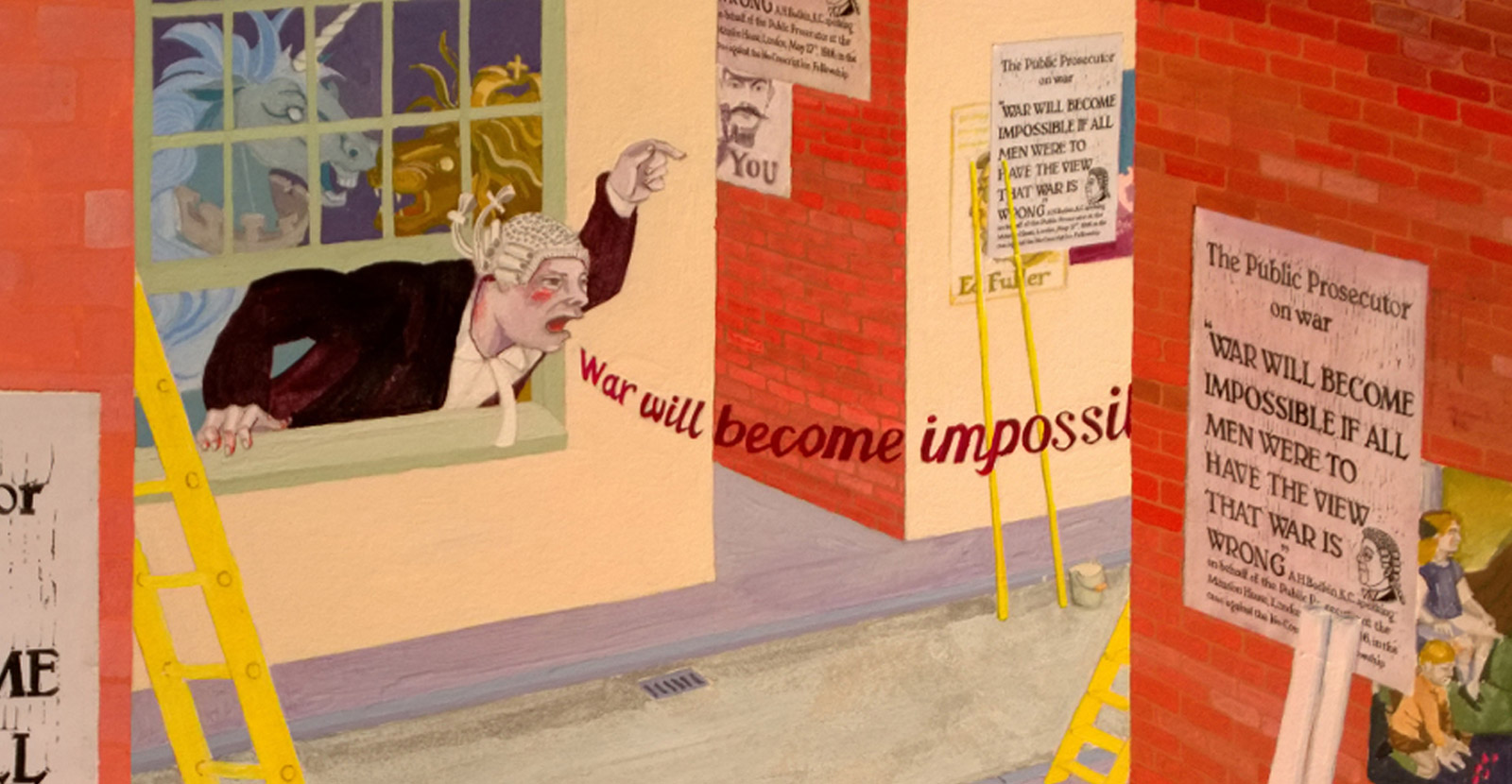 In which peace activists appropriate a pompous prosecutor’s words for anti-war propaganda (and end up in court). 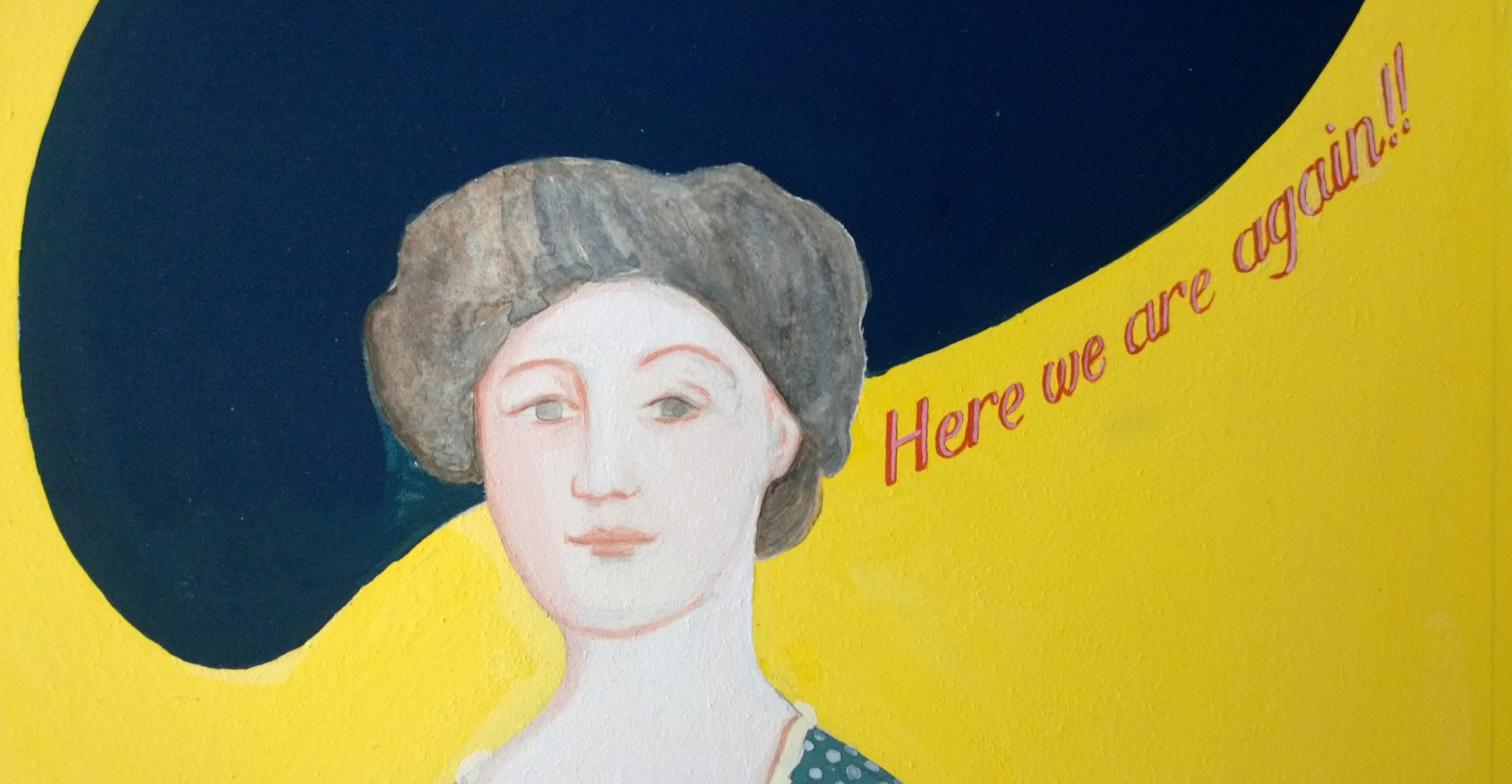 In which the women of the No-Conscription Fellowship defy police raids, prosecution & prison to maintain the anti-war movement's clandestine printing press 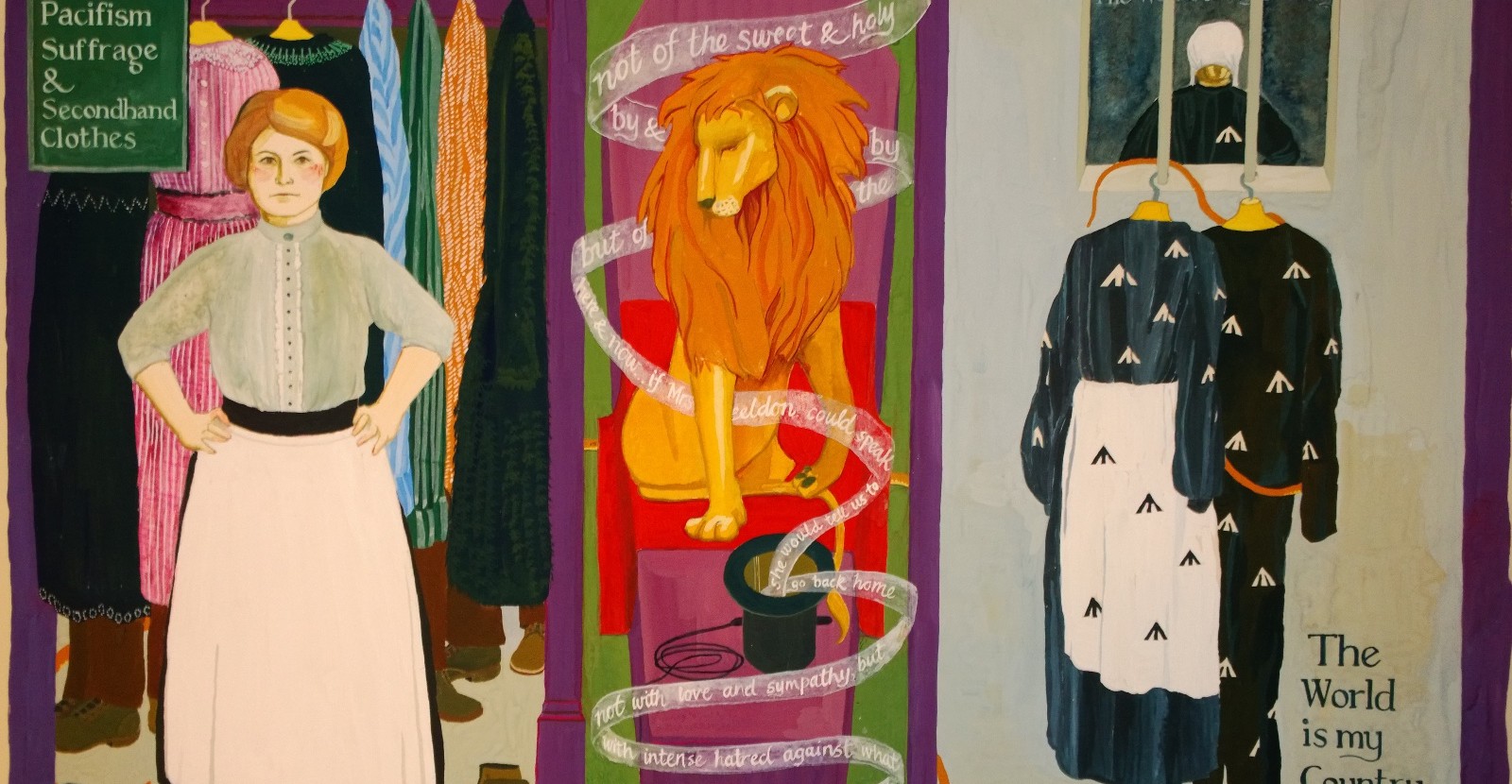 Poster #3: Alice Wheeldon was a prophet

In which Alice Wheeldon is framed for conspiracy to murder Lloyd George, jailed for ten years, and released within one 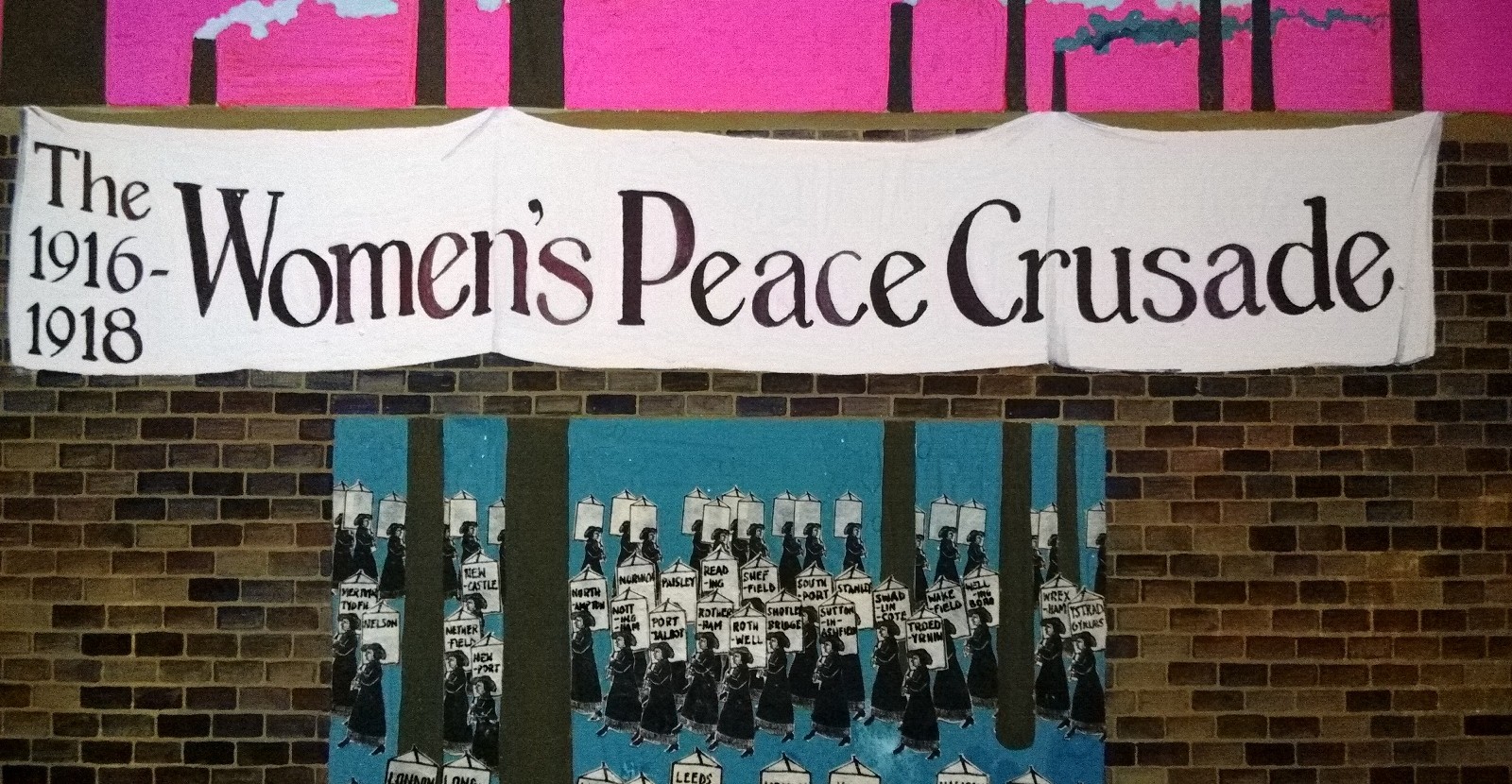 In which women across Britain take to the streets, braving pro-war mobs to demand peace 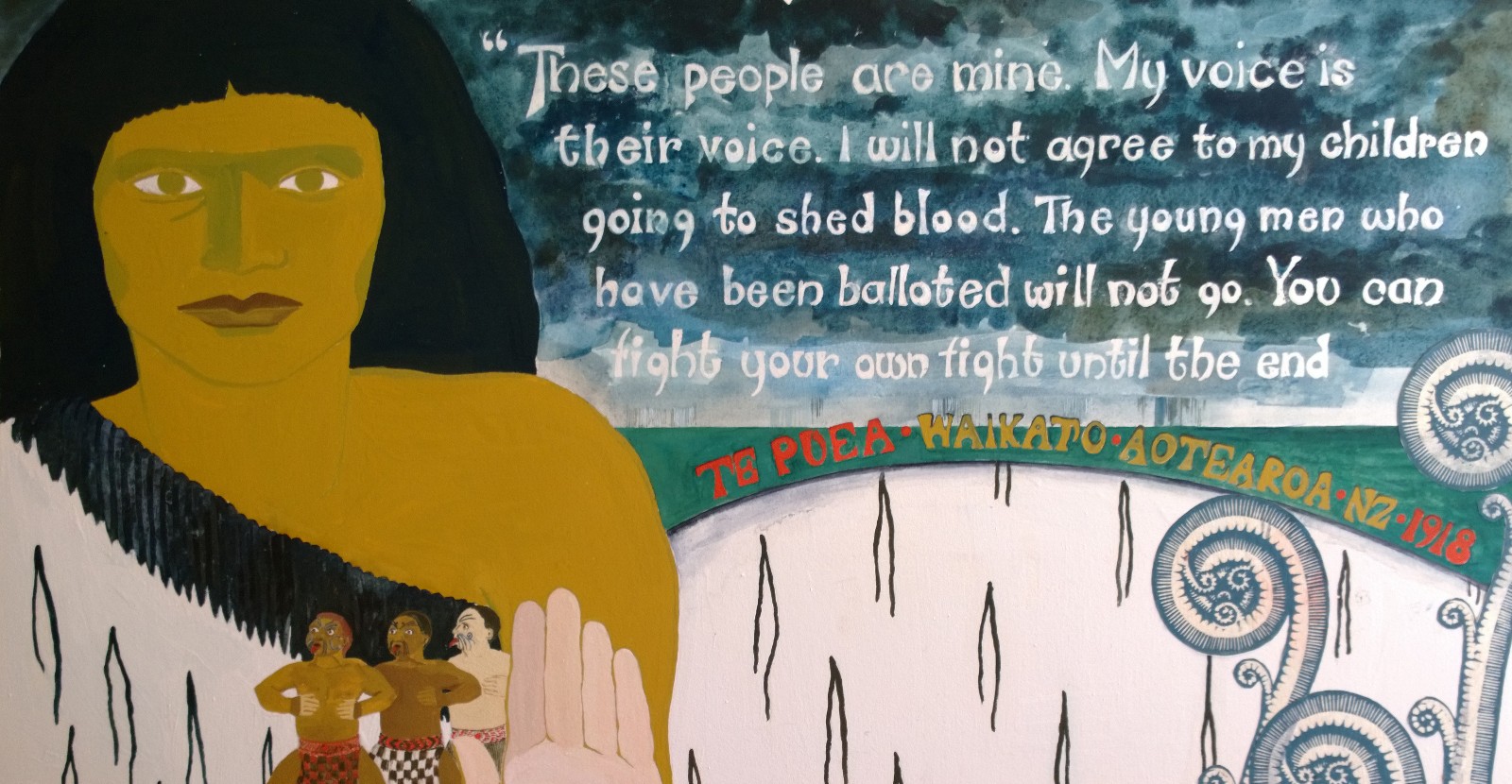 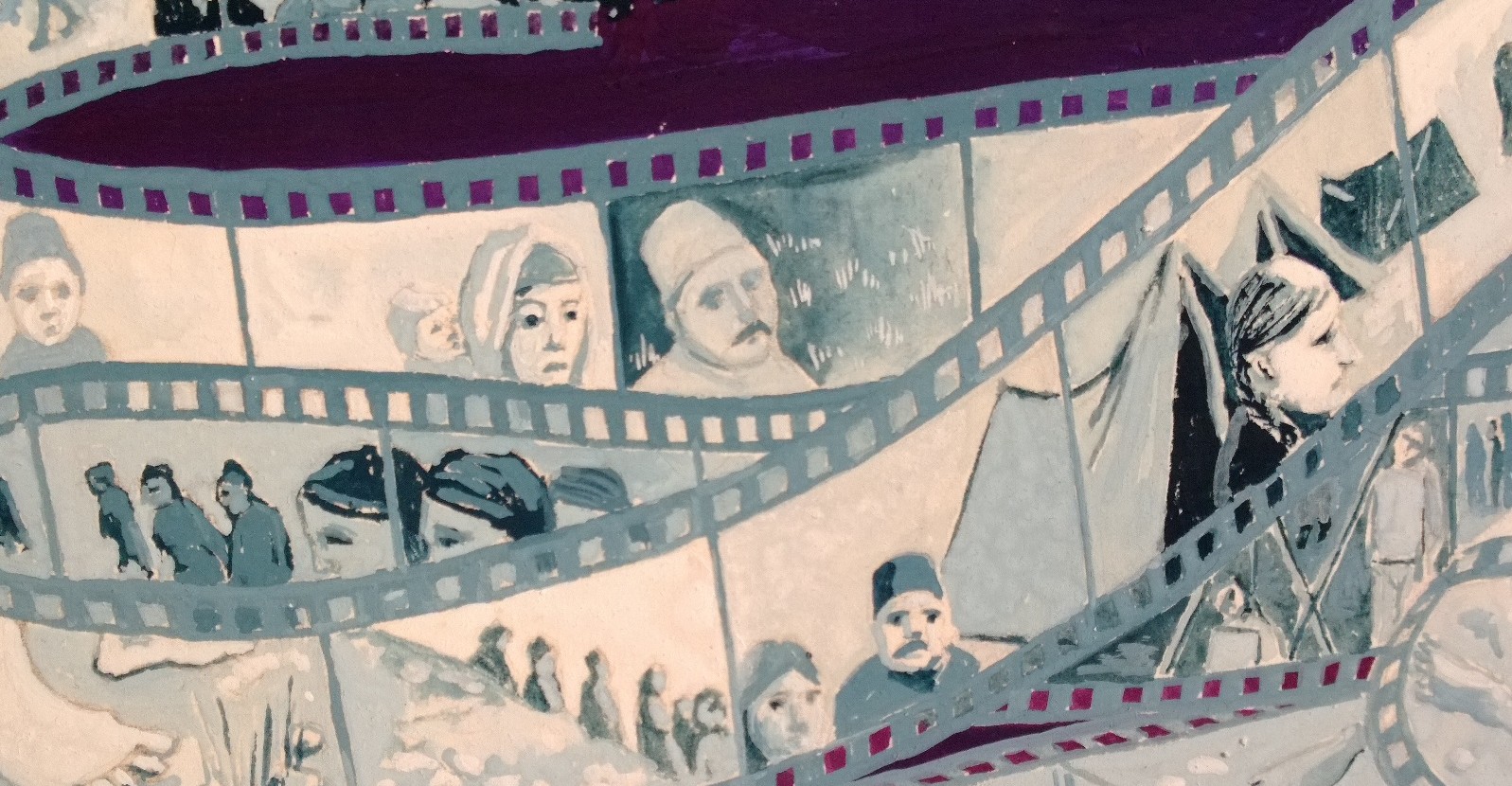 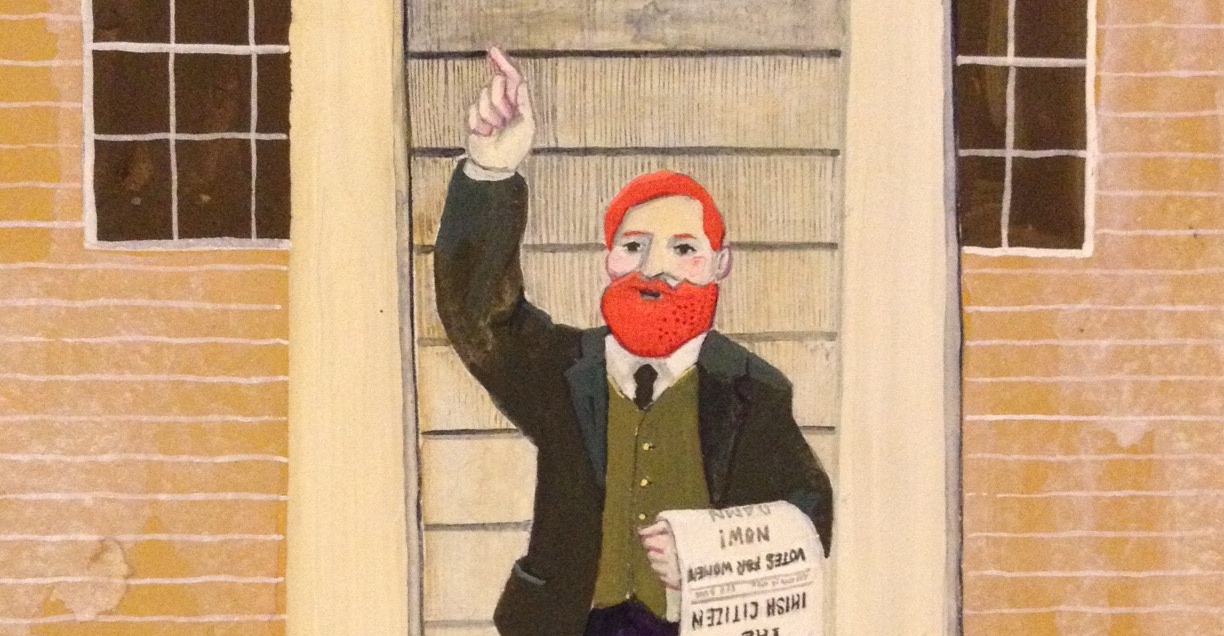 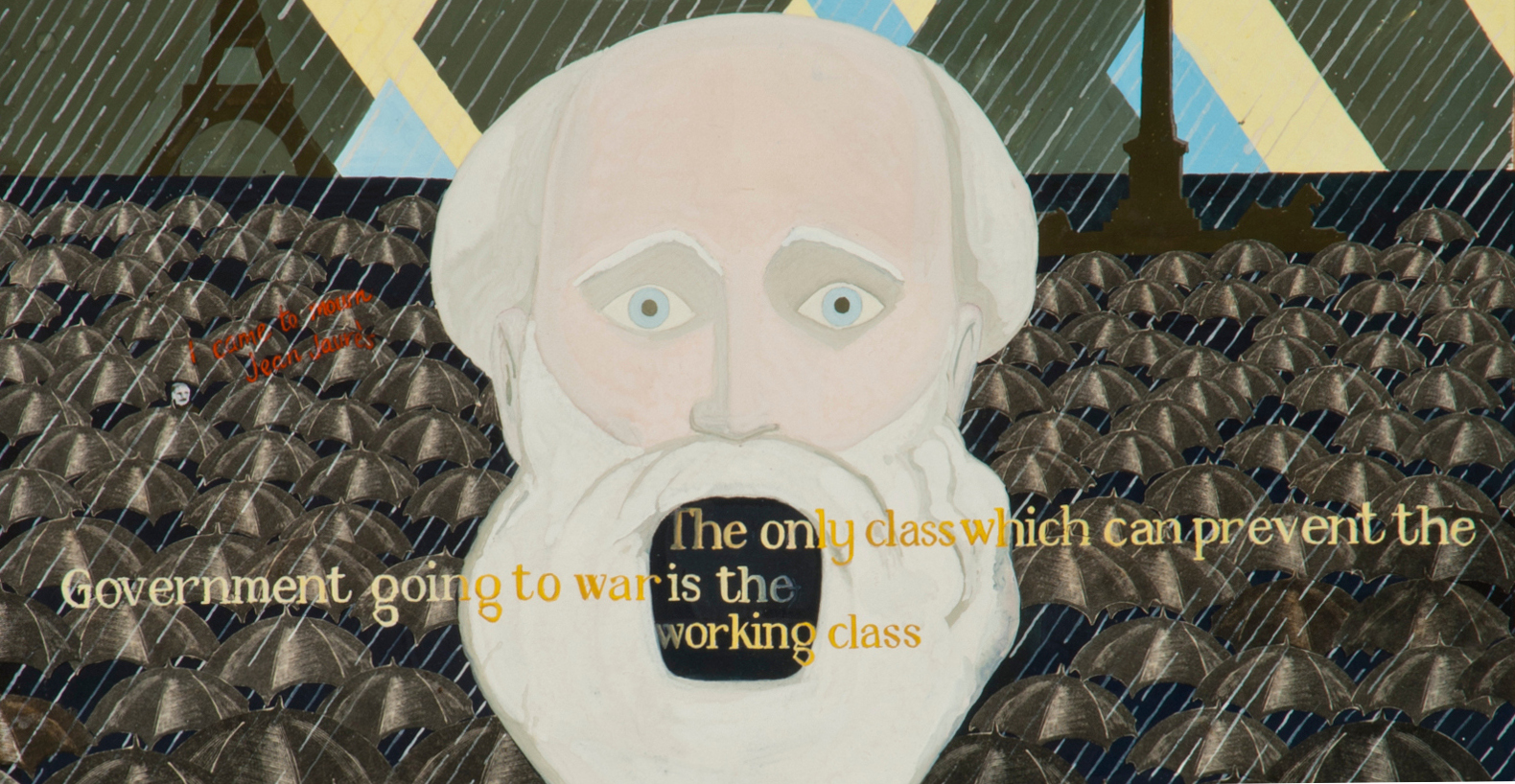 In which 100,000 Britons oppose the looming war and a very radical feminist pursues a brilliant idea for peace ... In which an little-known lathe operator organises Germany's first mass political strike of the war, and (later) helps overthrow the government ... 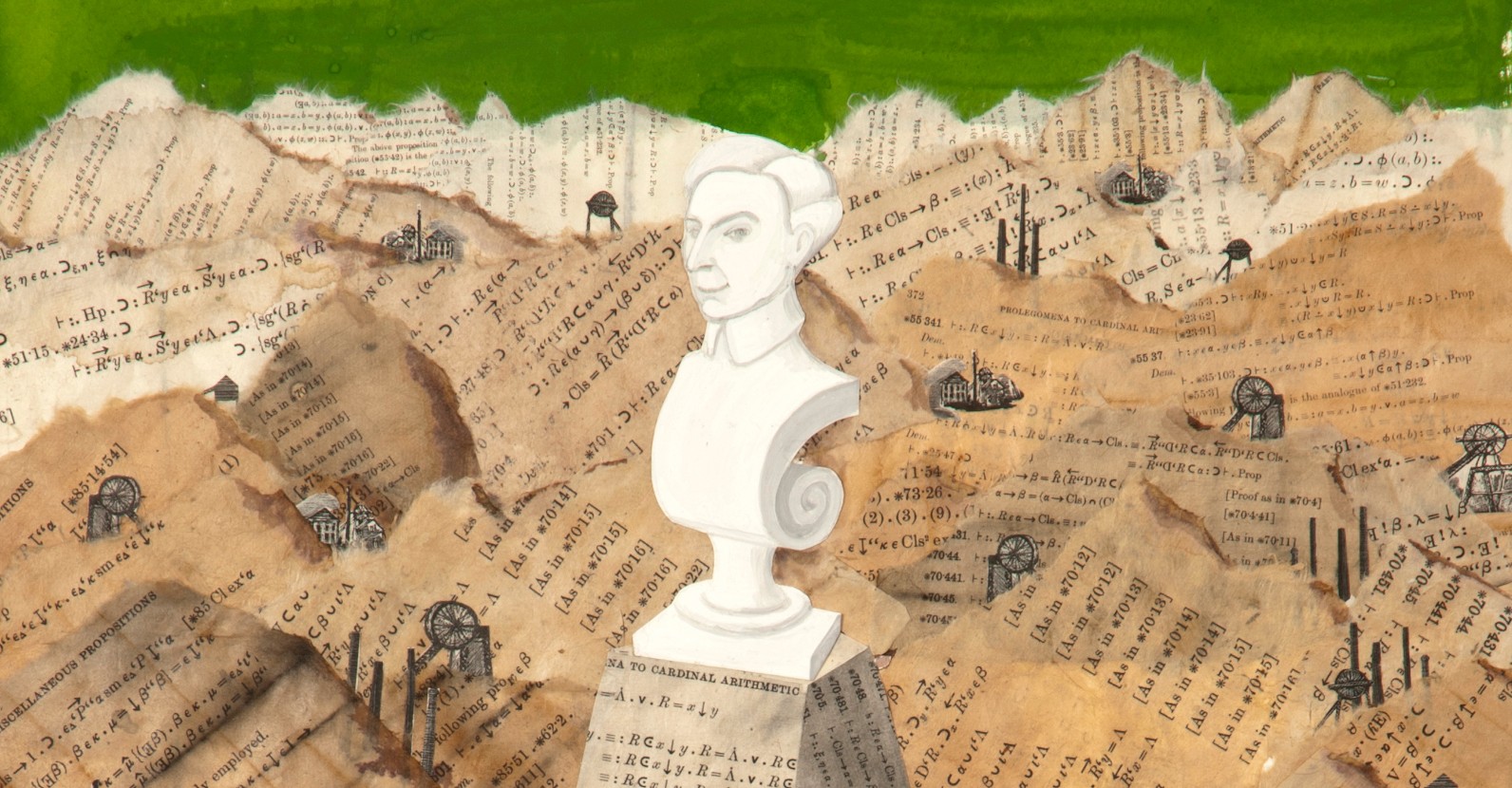 Poster #10: The Banning of Bertie

In which England's greatest living philosopher is banned from a third of Britain, outwits the government and loses his sense of humour. 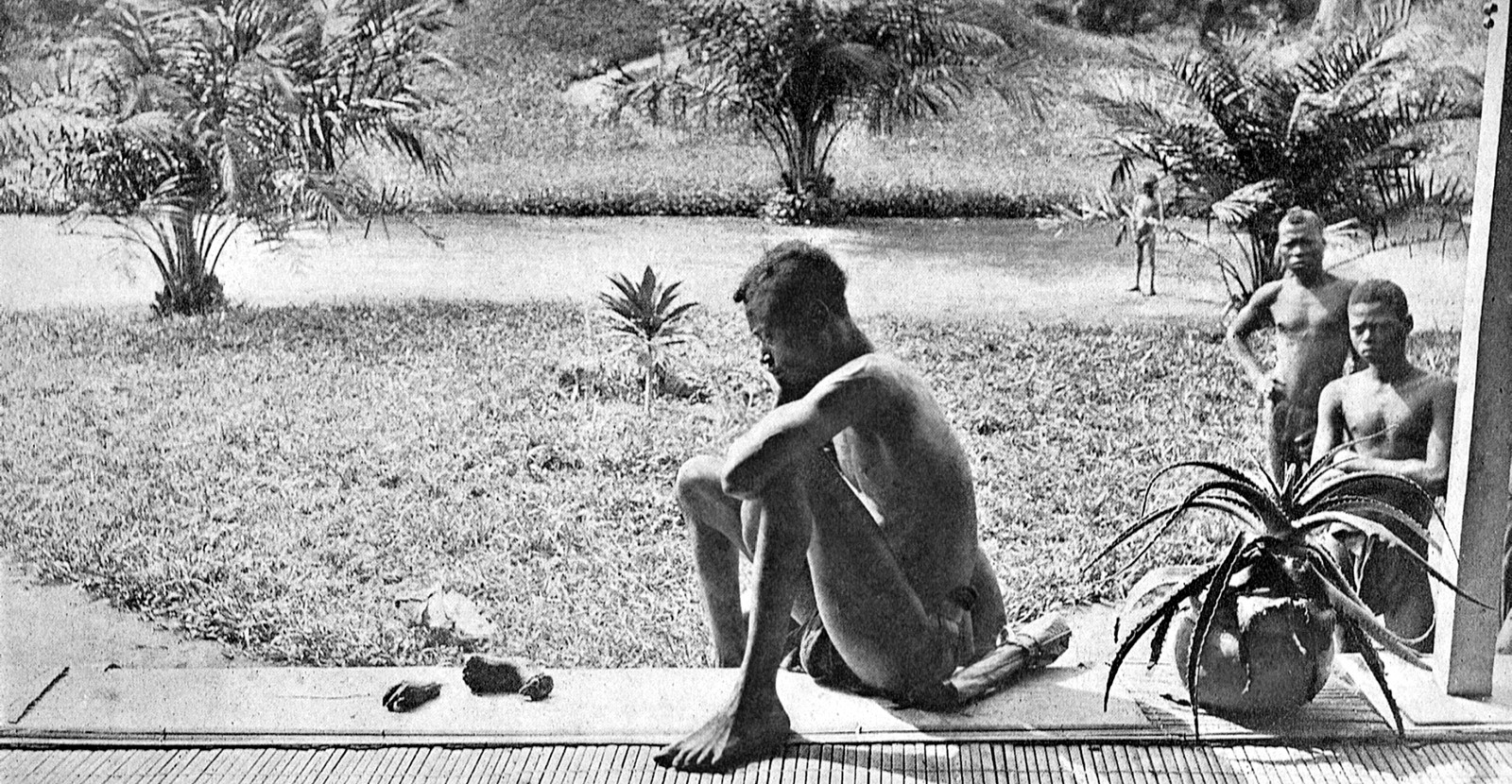 Occupation, massacre and imperial exploitation were commonplace in the pre-1914 ‘international order’ In which a deserting Nigerian Sergeant eludes British forces, and Africans from across the continent resist the First World War 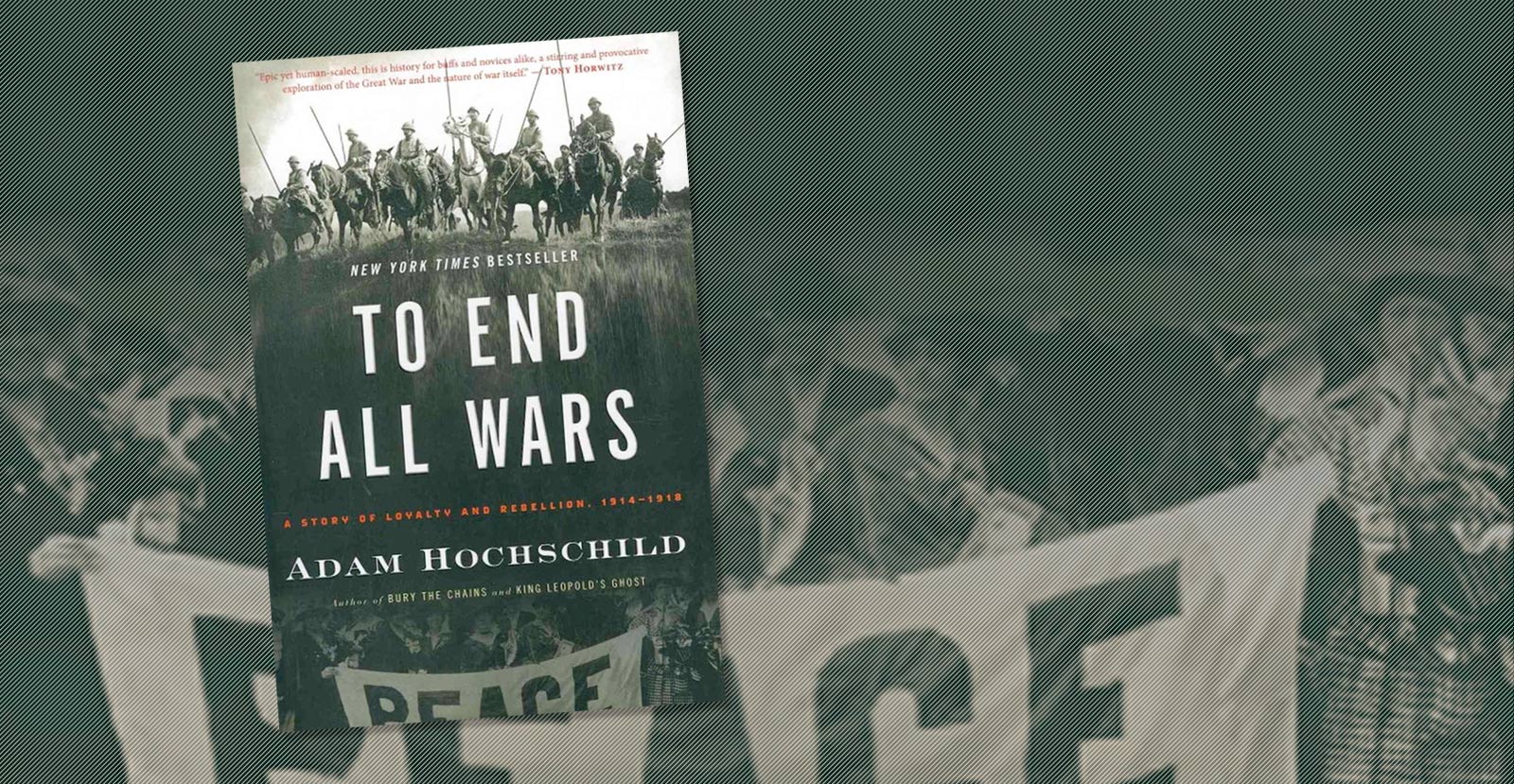 FILM: ‘To End All Wars’ with Adam Hochschild

Adam Hochschild on the courageous people who opposed the First World War. 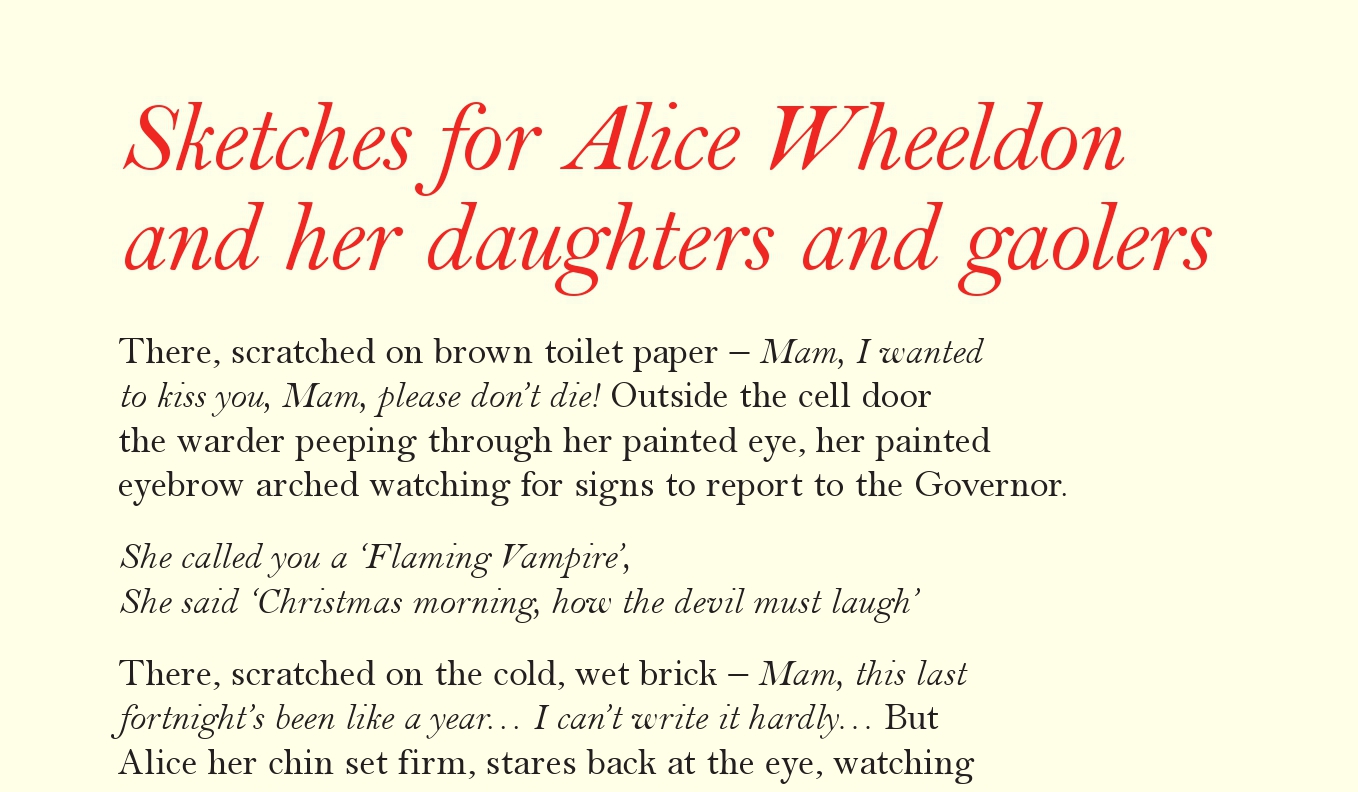 Poem #1: Sketches for Alice Wheeldon and her daughters and gaolers 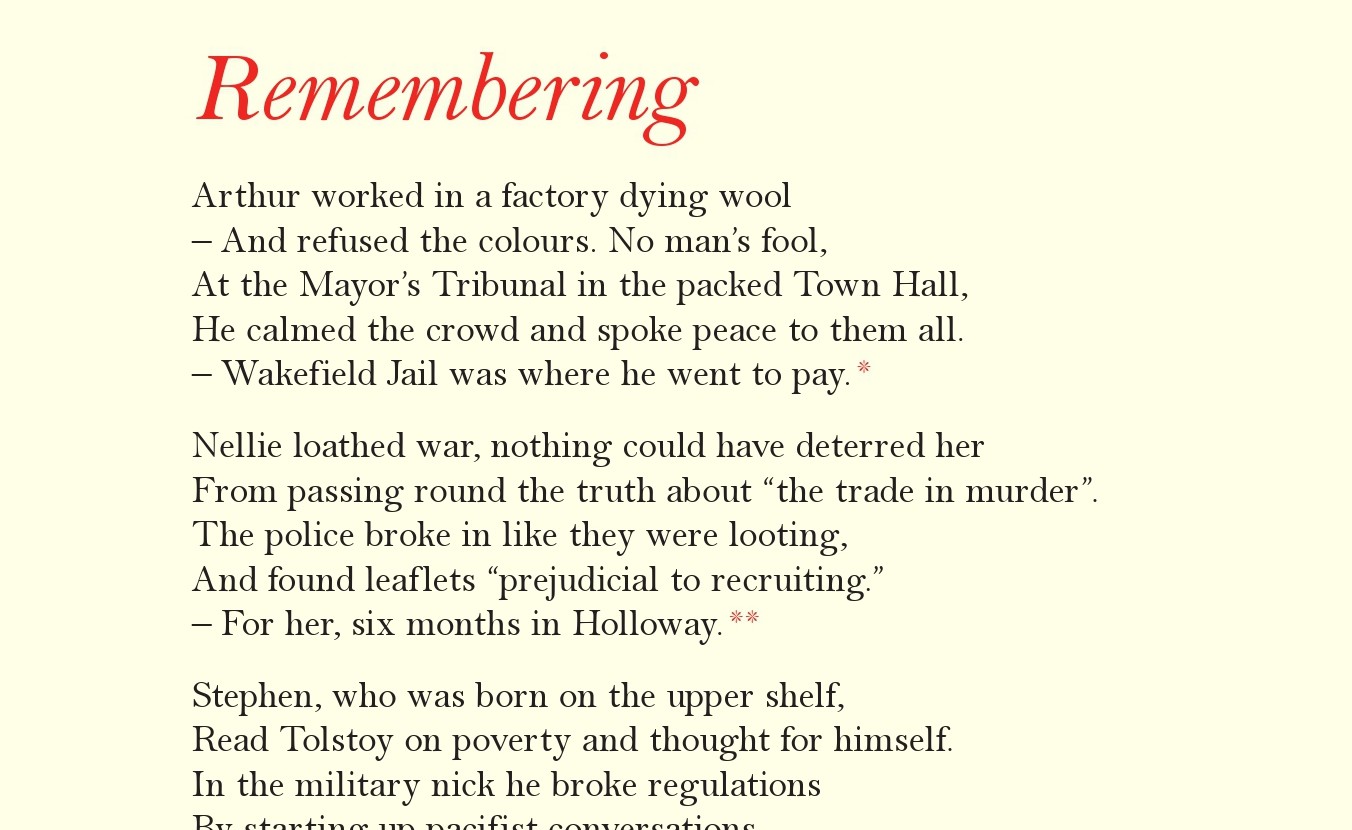 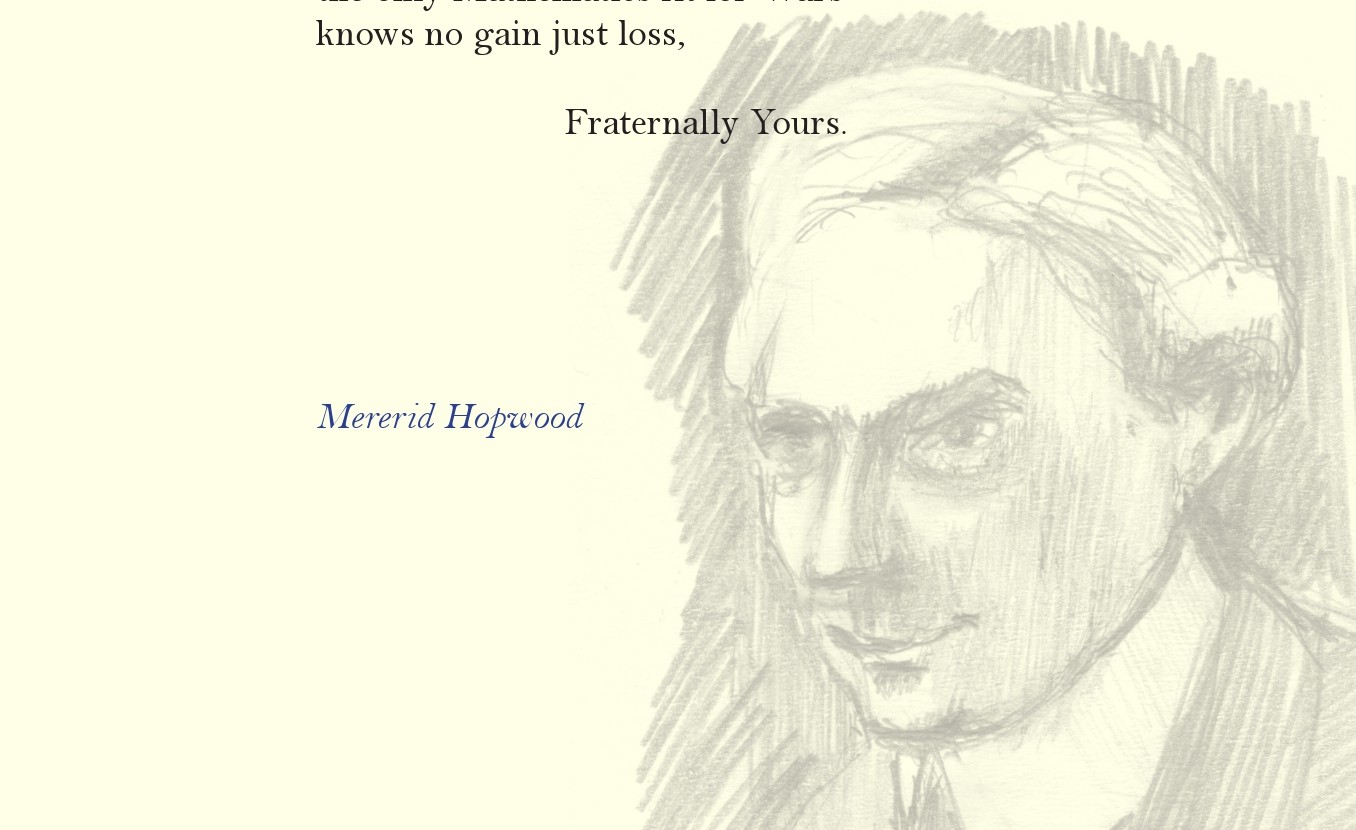 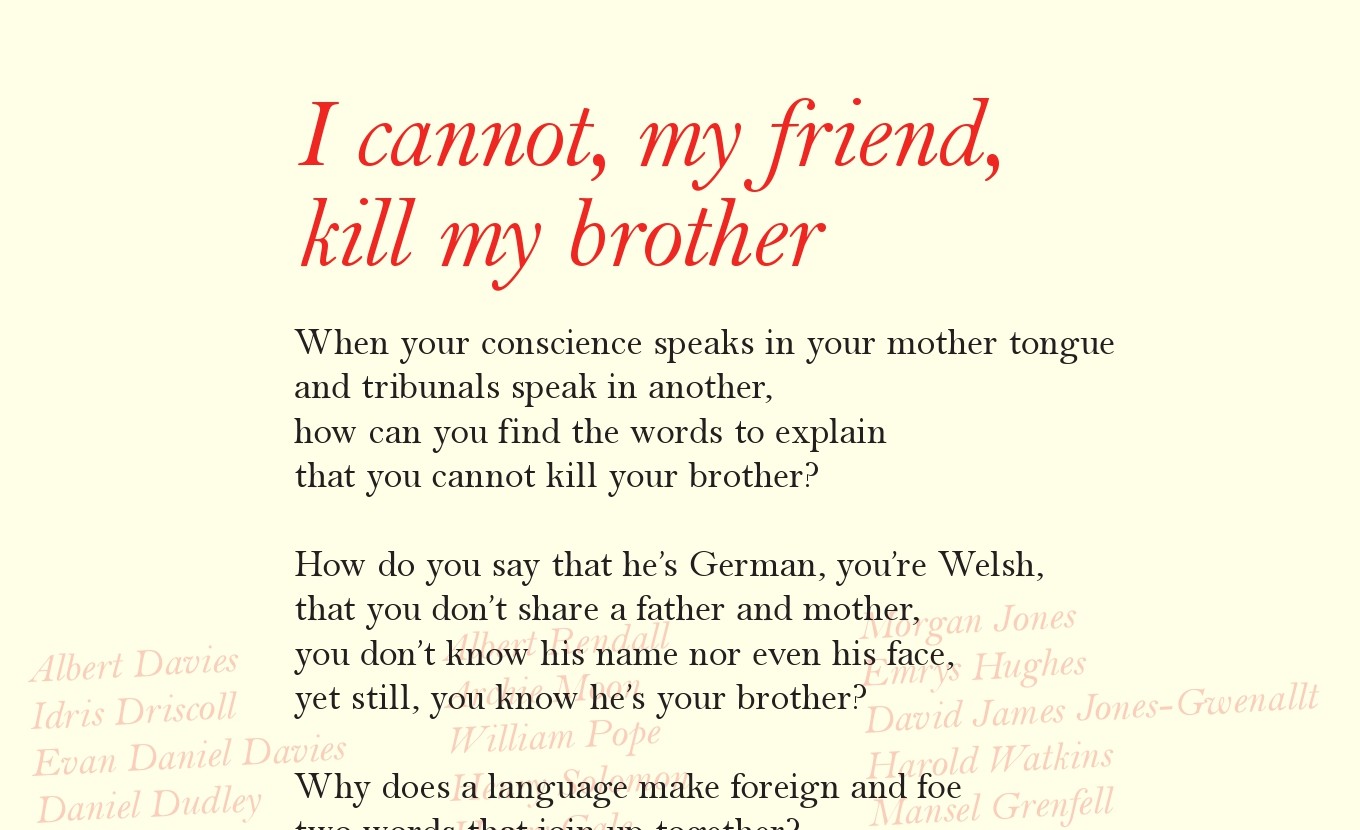 Poem #6: I cannot, my friend, kill my brother 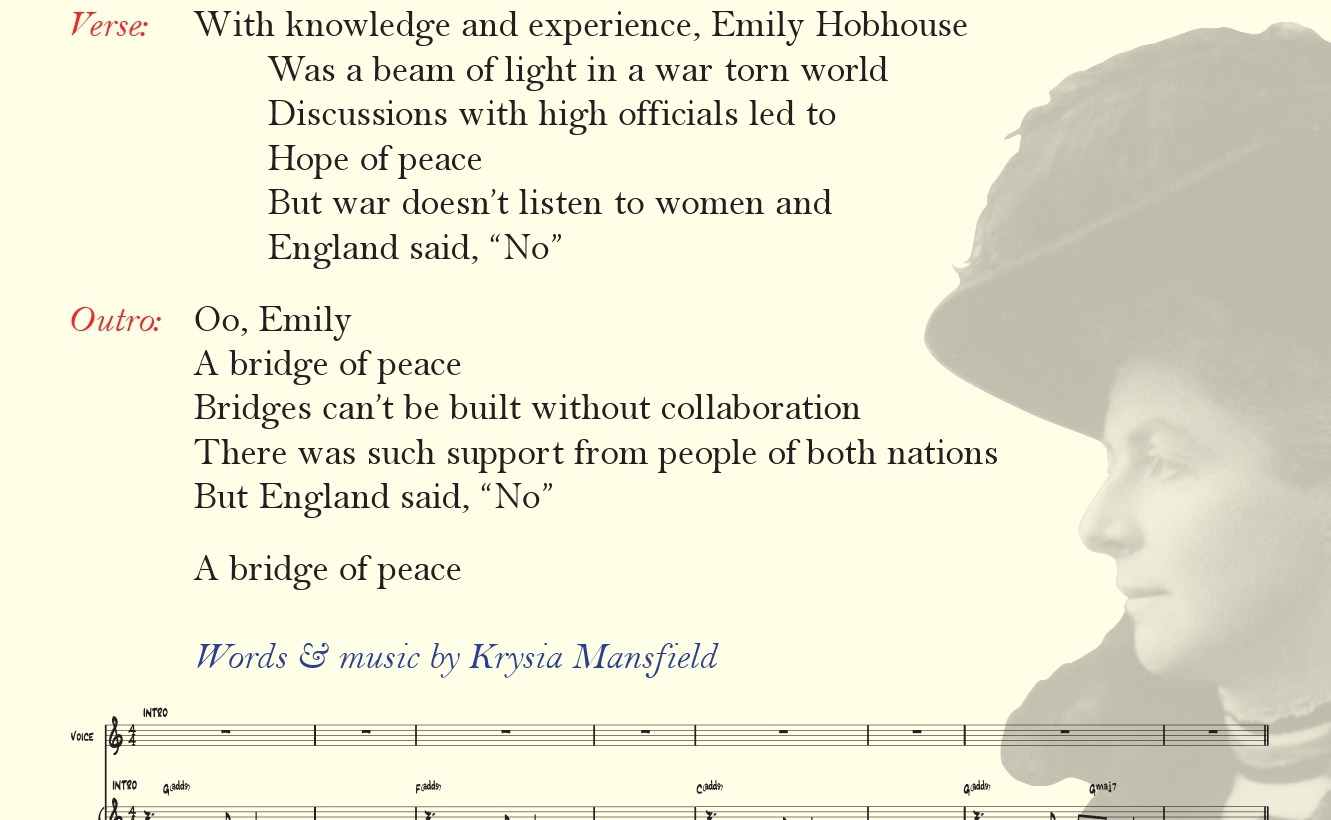 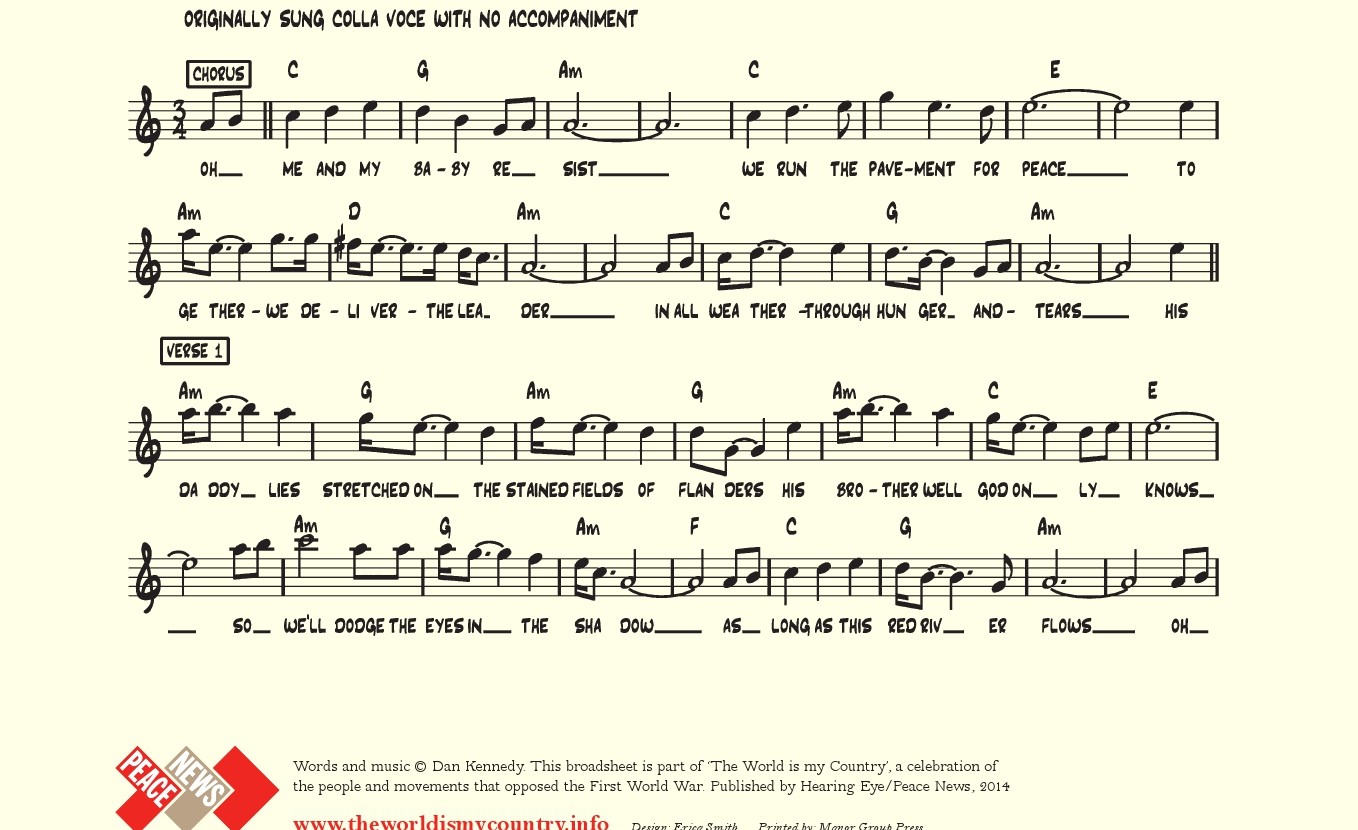