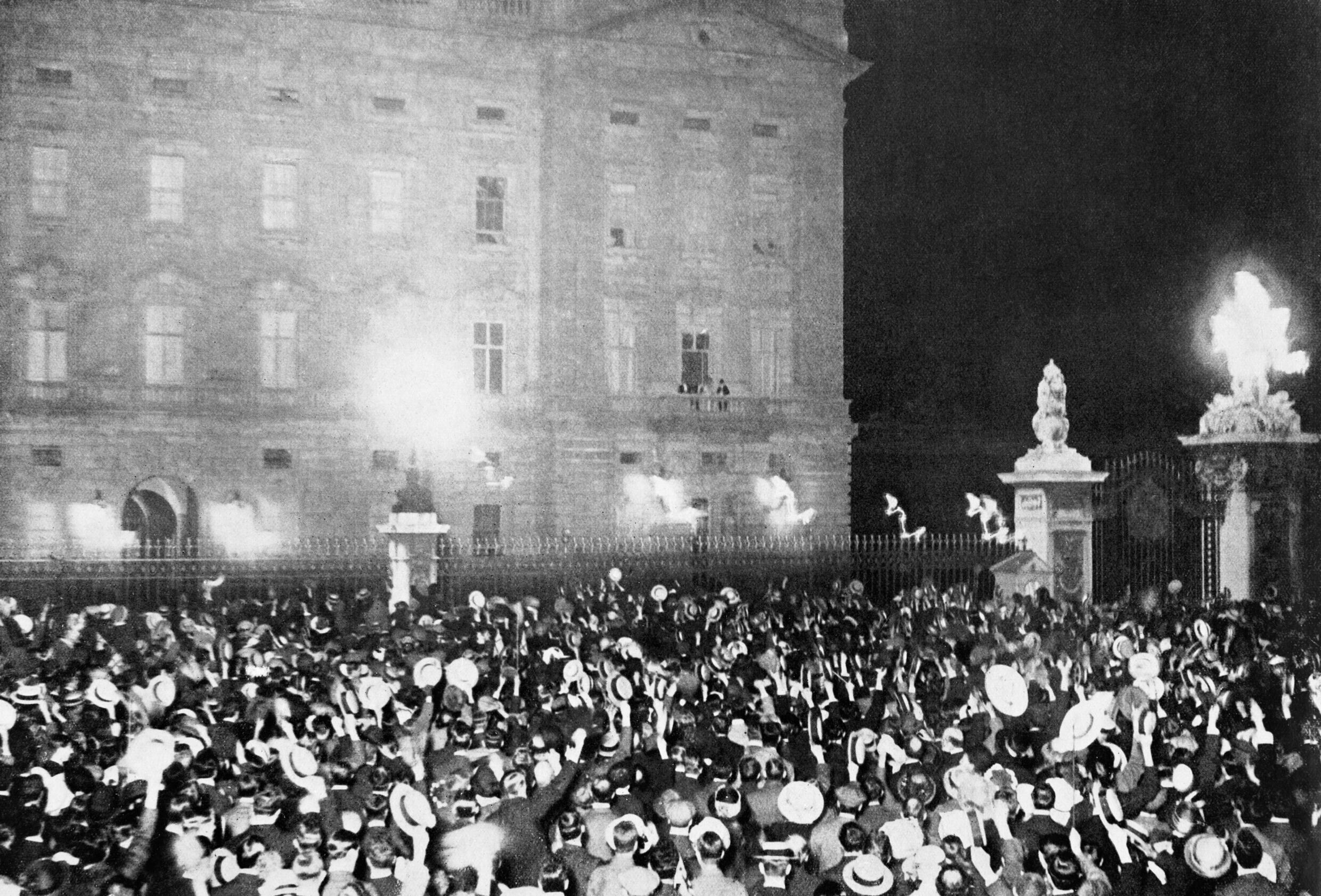 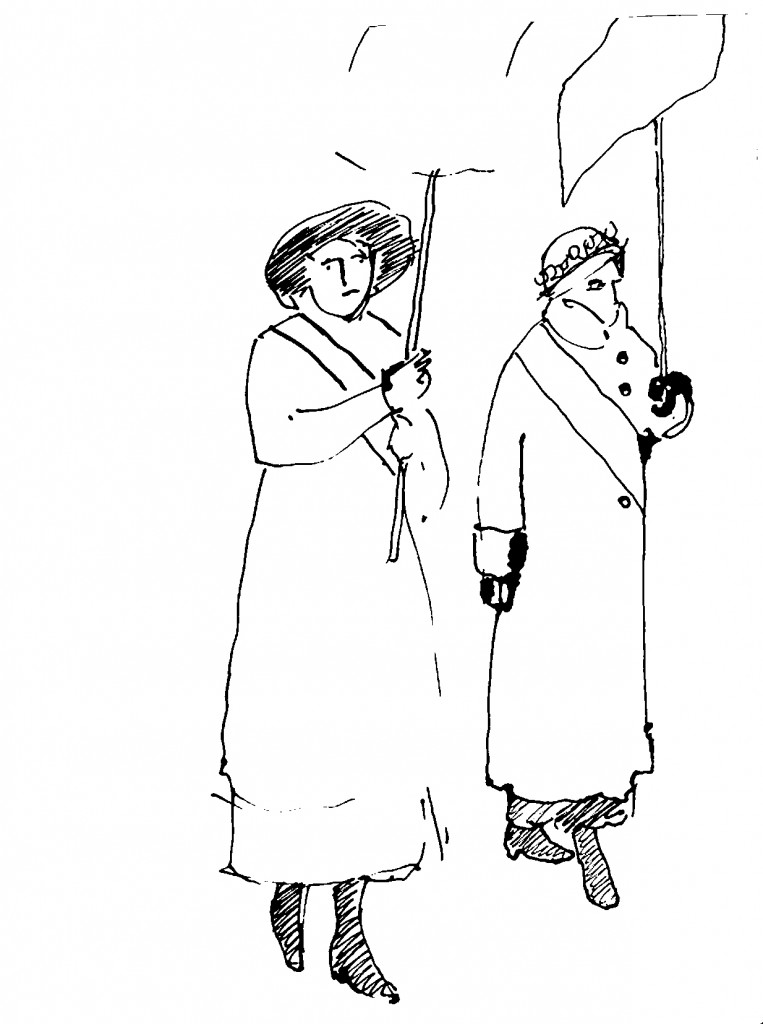 Before Britain’s declaration of war on 4 August 1914 – and even in the first days of the conflict – public support for was far from overwhelming. [1] However, ‘[b]y the end of 1914 the populations of England, Scotland, Wales, and Ireland had largely embraced the war’ [2], and this was true even of the war’s most likely opponents.

Thus the Labour Party and the trade unions both swiftly backed the war [3], and even in the Independent Labour Party (ILP) – one of the only two large socialist parties in Europe to oppose the war after it began [4] – dissenters were in a minority in 1914, and remained so until at least mid-1917. [5]

In a similar vein, the leaders of the Women’s Social and Political Union (WPSU), Emmeline and Christabel Pankhurst, both became rabidly pro-war [6] – organising a monster pro-war rally in Whitehall funded by the government [7] and touring the country to speak at recruitment meetings [8] – and almost all of the British churches threw themselves into the war effort as both a national and an ethical duty. [9]

Even the Quakers were divided: by 1917 an estimated one-third of military-age Quakers had enlisted. [10]

Meanwhile, the state had a wide range of repressive powers at its disposal for dealing with dissent – ranging from the banning meetings and pre-emptive arrest, to restricting people’s movements and opening their mail [11] – and could also rely upon the support of elite-sponsored patriotic mobs and strong press support, as well as its own substantial propaganda resources. [12]

The war’s opponents had a steep hill to climb.

[1] ‘Those who made the choice for war in Britain liked to imagine that it stood on the secure foundations of overwhelming public support – even unanimity – both in the last days of peace and in the first days of war. Few historians agree.’ (Douglas Newton, Darkest Days: The Truth Behind Britain’s Rush to War, 2014, Verso, 2014, p. 175).

[2] Catriona Pennell, A Kingdom United: Popular Responses to the Outbreak of the First World War in Britain and Ireland, Oxford University Press, 2014, p. 1.

[4] Ralf Hoffrogge, Working-class Politics in the German Revolution: Richard Müller, the Revolutionary Shop Stewards and the Origins of the Council Movement, Brill, 2014, p.23. The other was the Italian Socialist Party.

[6] In December 1915 the WSPU’s paper (now renamed Britannia) was seized for a libellous attack on the foreign secretary by Christabel claiming that ‘[t]he cold, premeditated long-calcuated treachery of Sir Edward Grey might, indeed almost make Judas of old time blush’. The next issue – which had to be printed using a hand-worked duplicating machine, the Government warned-off potential publishers – declared ‘BRITANNIA RECANTS NOTHING AND REITERATES EVERYTHING’ (Millman, op. cit., p. 42, 120). According to Andrew Rosen, ‘The great majority of WSPU members had not followed the Pankhursts and their lieutenants into the anti-German campaign’ (Andrew Rosen, Rise Up, Women!: The Militant Campaign of the Women’s Social and Political Union 1903 – 1914, Routledge, 2013, p.252). Some,such as Emmeline Pethwick-Lawrence and Helen Crawfurd, played important roles in the anti-war movement. Meanwhile, the executive of the non-militant National Union of Women’s Suffrage Societies (NUWSS) split ‘exactly in two’ over the war, with the anti-war women resigning, including Catherine Marshall, Margaret Ashton, Helena Swanwick, Maude Royden and Kathleen Courtney, all of whom became actively involved in opposition to the war (Anne Wiltsher, Most Dangerous Women: Feminist Peace Campaigners of the Great War, Pandora, 1985, pp. 77, 236 n.44).

[7] ‘Through Lloyd George, the WSPU … received a £2,000 grant from the Ministry of Munitions to finance a parade asserting “women’s right to serve”‘ (Rosen, op. cit.). In today’s money such a grant would amount to at least £139,000 (www.measuringworth.com). The resulting demonstration was ‘an elaborate two-mile long affair’ accompanied by ninety bands playing the ‘Marseillaise’ and 400 women in white dresses carrying crooks with red roses (Wiltsher, op. cit., p. 180).

[10] This estimate is based on a survey sent to 67 Monthly Meetings, probably in 1917. The sixty Meetings that replied realated to 1,666 Friends of military age, of whom 33.6% had ‘enlisted in His Majesty’s Forces’ (Margaret Hirst, The Quakers on War and Peace, Swarthmore Press, 1923, Appendix F, p. 538). 40.2% had applied for and been granted CO status. According to Hirst, during the first 18 months of the war, the Quaker magazine the Friend, received many letters ‘demand[ing] the active support of Friends [for the war] and the temporary abandonment of what they described as the “traditional testimony” against war’ (ibid., p. 504). The Quakers’ national organisation, the Society of Friends, meanwhile, ‘was virtually at war with the government’ by January 1916 (Millman, op. cit., p. 23).

[12] elite-sponsored patriotic mobs’, http://theworldismycountry.info/posters/stopping-the-rot/; ‘strong press support’, Millman, op. cit., p. 53 – 56; ‘propaganda resources’, Patriotism and Propaganda in First World War Britain: The National War Aims Committee and Civilian Morale, Liverpool University Press, 2014. The Government was careful not to clamp down too hard, lest it provoke a backlash, but as dissent became more effective and was perceived as more dangerous, the Government increased the level of repression to match it (Millman, op. cit., pp. 196, 305). According to Millman, in 1917 ‘dissent was growing in size, scope and effectiveness’, and ‘continued to grow, while becoming steadily more radical’ in 1918, even though ‘throughout 1918 the patriots were firmly back in the ascendant’ (ibid., pp. 196, 260, 264).